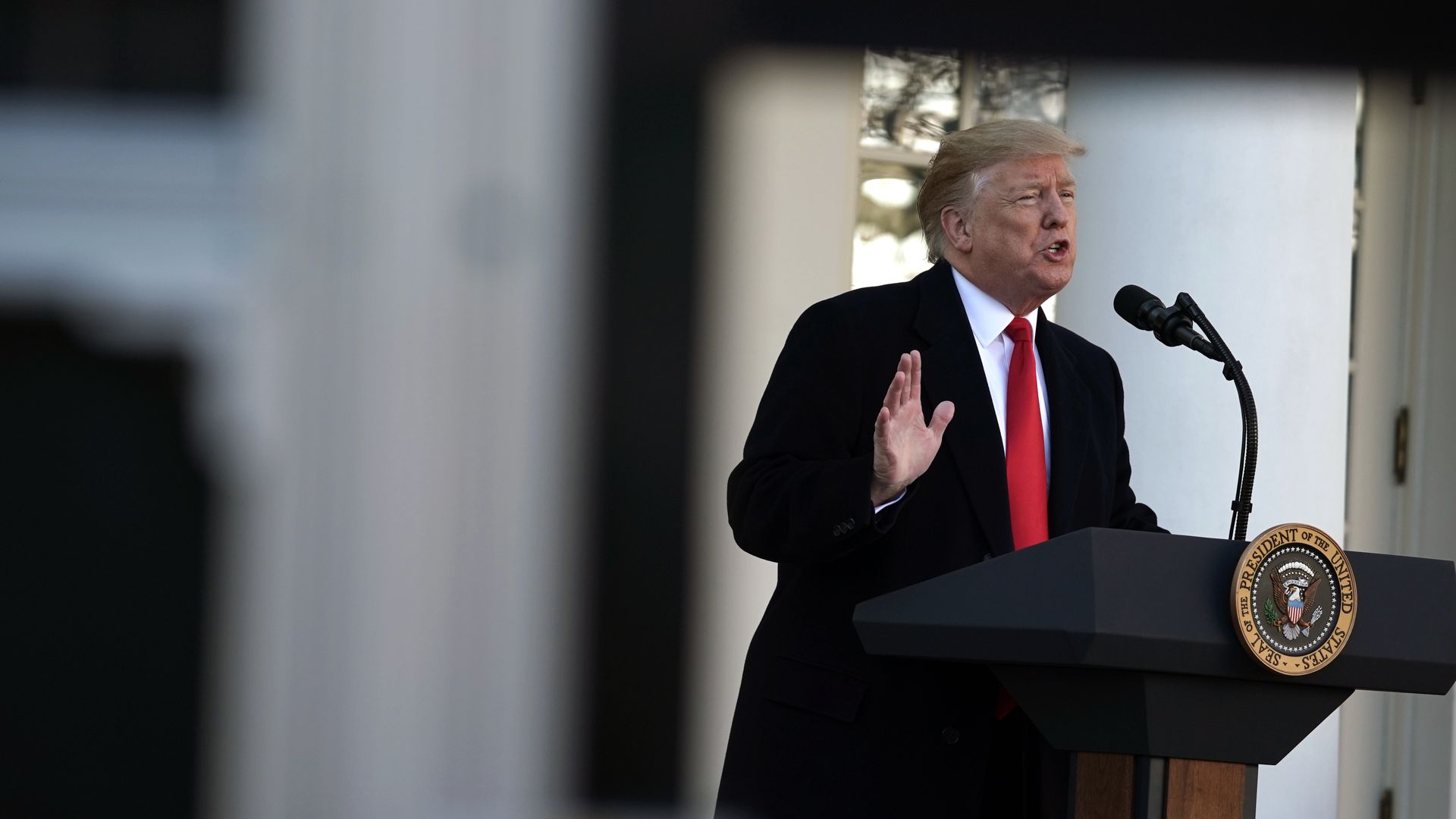 January 28, 2019 by Josh Donohue in World
Spread the love

Those insults may have been flung at President Donald Trump after he concurred a week ago to revive the government without getting cash he asked for a border divider.

Yet, that is not how a large portion of his base sees him, as indicated by a Monmouth University Poll discharged Monday.

Furthermore, Trump’s activity endorsement rating among Republicans has changed little from his 84 percent help in November.

“Despite what was objectively a climb-down in Trump’s position, these poll results provide more evidence that public opinion of the president has been largely baked in since day one,” said Patrick Murray, director of the independent Monmouth University Polling Institute.

Among all respondents, to some degree more said Trump’s choice made him look more fragile (32 percent) than stronger (24 percent). However, a majority of 41 percent said it had no impact on how they see him.

The survey showed Trump’s help intensified among the two independents and Democrats. The two groups see him more contrarily than they did in November.

Furthermore, half of all overviewed said Trump was essentially to fault for the disagreeable shutdown.

The survey was directed by phone Jan. 25-27 with 805 grown-ups. The margin of error is plus or minus 3.5 percentage points.

Trump had said he would not restart funding except if Congress including cash for an outskirt divider. Democrats said they would not negotiate funding for a divider while the government was closed down.

At the point when Trump agreed Friday to three additional weeks of funding while the two sides endeavor to achieve a deal, he got some rankling analysis from the right.

“Good news for George Herbert Walker Bush: As of today, he is no longer the biggest wimp ever to serve as President of the United States,” conservative commentator Ann Coulter wrote on Twitter.

Mike Cernovich, a conservative blogger, said he was disturbed by Trump’s choice.

“I don’t like to be lied to,” Cernovich said in a video after Trump’s announcement. “Just say I’m not going to build the wall. I’m a coward. I don’t have what it takes.”

Be that as it may, Trump’s activity was shielded by some on the right.

North Carolina Rep. Stamp Meadows, a noticeable individual from the House Freedom Caucus who pushed Trump in December to utilize office financing as use for a divider, said Friday that the president “is sticking by his commitment to keep our communities safe and has assured me that nothing will deter him from accomplishing that goal.”

“The fact is, the president’s base is with the president,” Gingrich said on “Fox & Friends.” “If he goes to them and says, ‘I got this done for the wall. I got this done to protect America. I’m doing these good things you believe in,’ the base is going to say, ‘fine.'”

Coulter shot back that there are two groups of Trump voters: the “Tell the Truth faction” and the “Kiss the Emperor’s Ass camp.”

“Newt and I have picked different camps,” she tweeted.