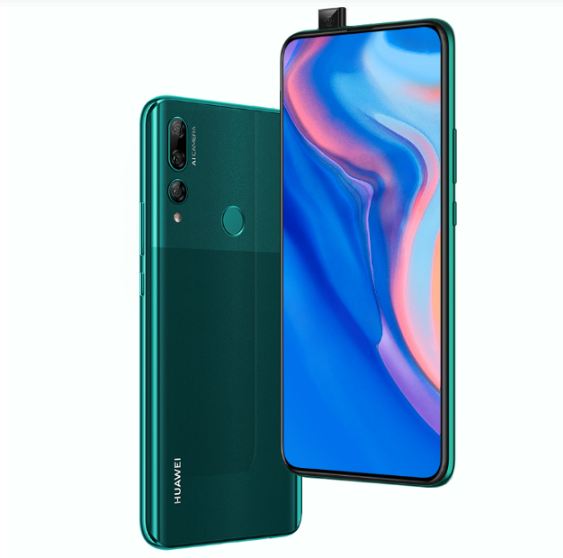 May 13, 2019 by Raeesa Sayyad in Technology
Spread the love

Huawei has quietly reported the Y9 Prime (2019) cell phone, which is the successor to the last year’s Y9 Prime (2018). It is the second phone from the brand to rock a spring up selfie snapper, the first being the recently presented P Smart Z. The Huawei Y9 Prime (2019) rocks a triple rear camera setup, it is powered by the Kirin 710 SoC and keeps running on the most recent Android 9.0 Pie out of the box. The handset includes a two-tone back design, reminiscent of the original Pixel phones. For the time being, it has been listed on the organization’s official website.

The Huawei Y9 Prime (2019) sports a 6.59-inch full-HD+ display with 1,080 x 2,340 pixels resolution and 391ppi pixel density. The handset is powered by the in-house HiSilicon Kirin 710 chipset combined with ARM Mali-G51 MP4 GPU. It comes in two variants – 4GB RAM + 64GB and 4GB RAM + 128GB storage. The handset keeps running on EMUI 9.0 dependent on Android 9.0 Pie out of the box. There is a rear-mounted fingerprint sensor for biometric security.

Discussing the optics, the Huawei Y9 Prime (2019) rocks a triple camera setup on the rear consisting of a 16MP f/1.8 primary camera, a 8MP ultra wide-angle lens, and a 2MP f/2.4 depth-sensing unit for portrait shots. On the front, there is a 16MP spring up shooter for selfies and video chats. It offers real-time picture streamlining in eight scenes, and the spring up mechanism is professed to take one second to broaden. It packs an average 4,000mAh battery. It measures 77.3 x 163.5 x 8.8mm and weighs 196.8 grams. The phone will be accessible in Black, Green, and Blue colors.

The Huawei Y9 Prime (2019) valuing and accessibility details haven’t been declared yet. Since it is formally listed on the organization’s website, the handset could go on sale in the next few weeks.