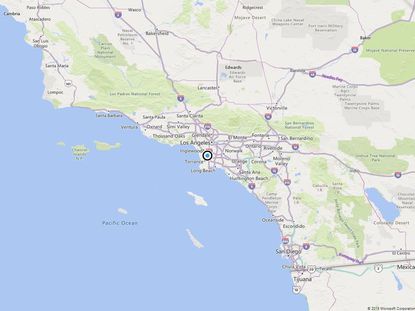 A minor earthquake was felt in the Los Angeles region late Wednesday around 10:40 p.m. Pacific Time, as indicated by different social media reports and a fast overview by the United States Geological Sciences (USGS) website.

The USGS reports a 2.6 magnitude earthquake hit near Gardena, California, which is only north of Torrance and Redondo Beach, and south of Los Angeles.

Tremors were felt right into Los Angeles. The Los Angeles Times detailed the quake occurred at a depth of 7.5 miles below the earth’s surface.

Despite the fact that a 2.6 magnitude is minor contrasted with bigger earthquakes that typically shake Southern California, it didn’t prevent inhabitants from communicating worries via social media.

Some said they didn’t feel much movement at all, and others said they felt tremors from more than an hour away from the epicenter.

5 Easy Ways to Keep Active and Be Healthy: with Yamily Benigni