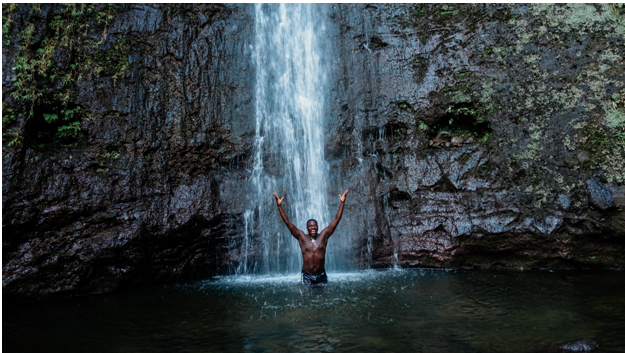 February 3, 2020 by Julie McElroy in Life & Culture
Spread the love

For millions of people around the world, Ralph Smart is a life saver. His words have been rescuing lost souls from the bowels of depression and the grips of issues such as unhealthy diets and spiritual stagnation.  They have discovered a better way to live by following the Ralph Smart approach to life.

You can learn more about this approach through the videos on Smart’s popular YouTube channel Infinite Waters (Diving Deep). The channel is one of the most popular ones on the platform attaining millions of views daily.

Ralph Smart’s life is a true reflection of the life he guides his mentees towards. He is enjoying the success he encourages his mentees to grasp. One proof of this is his YouTube channel, which is a huge success with over 1.6 million subscribers. This is why he holds the well-deserved YouTube gold award for excellence.

Mr. Smart demonstrates the determination he encourages his fans to adopt. The fact that he consistently releases fresh video content each day indicates that he is motivated to continue to lead the charge for a better life. It is this determination that has allowed him to author over 3000 videos so far. This number will climb with time, increasing the volume of wisdom placed in the virtual world by this remarkable wellness guru.

Smart lives what he speaks.For the last fifteen years, he has adopted a vegan diet and a clean living lifestyle. In 2017, in recognition for the strides he has made in healthy living he was ranked as the 47th most influential vegan by plantbasednews.org. The plant based diet promoted by Smart is noted by experts for its positive effects on the body. These positive effects include reducing the risk for diseases such as cancer and diabetes as well as resolving weight issues.

Ralph encourages his followers to embrace positive change. This is the type of change that he himself has embraced in his life. As a former carnivore and 9-5 worker who switched to a vegan lifestyle and a freer income earning model, he is the poster child for the message he delivers. This is another example of him practicing what he preaches.

Additionally he capitalizes on various opportunities for success. In doing so he uses multiple methods to get his message out there.  In addition to a very successful YouTube channel, he has published several books. Included in this number is a sci-fi novel entitled Tryathon: the love of a galaxy and self-help and motivational titles like The Book of Infinite Quotes and Feel Alive.

He also has website and a line of Infinite Waters Diving Deep merchandize as well as a powerful presence on other platforms such as Facebook, Tumblr, Twitter and Instagram.And he does one on one consultation sessions.

Just as he encourages his followers to do, Ralph explores all his talents. This includes motivational speaking, writing and performing. An entire catalogue of his calming and original music videos on his channel proves this.

Ralph Smart is living the inspirational life and is inspiring millions around the world.