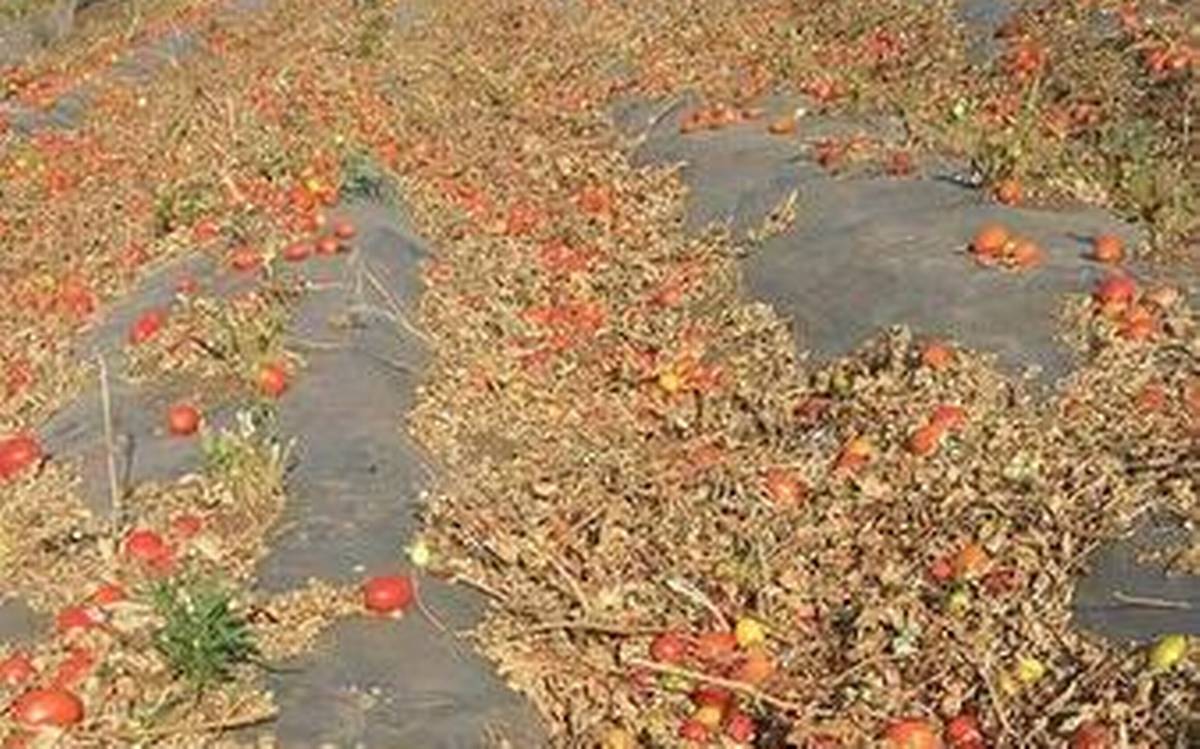 An unidentified virus is attacking tomato crops in large parts of Maharashtra. In the districts of Ahmednagar, Pune and Nashik, about 60 per cent of the crop has been decimated in the last 10 days.

Experts at the Mahatma Phule Krishi Vidyapeeth at Rahuri, Ahmednagar, which is the local agriculture university, are studying the outbreak along with State government officials but the virus remains unidentified. The despondent farmers are now pointing fingers at seed companies — including an MNC — for allegedly selling diseased seeds.

This destructive wave is similar in its intensity to the 2017 pink bollworm attack on cotton. Plant experts have expressed multiple opinions about the outbreak but they have not been able to identify the type of virus affecting the crop, he said.

AIKS is an independent organisation fighting for farmer rights, but several CPI (M) leaders hold a leadership position in the organisation.

Due to the lockdown, the samples of the diseased tomatoes have not reached national laboratories for further analysis. Seed companies have also analysed the samples but they are claiming that the viral attack is not very significant, said Navale.