Scamsbreaking.com – A digital manoeuvre against fraud 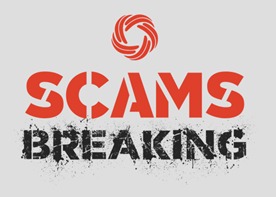 An investigative platform driven by fearless and responsible journalism, Scamsbreaking.com is brought to you by International Media Corporation (IMC), an Australian news agency. It focuses on the exposé of economic offenses and caters specially to the Indian, American and British readers. Scamsbreaking.com’s exclusive feature will surface as an interesting area of fact-finding journalism, envisaged by IMC in a global environment. Due to globalization, there has been an upward trend in partnerships and business collaborations around the world at a global level. Along with this upward trend, globalization has bought with it increased fraudulent and malignant practices, that are also taking place on a global level. Scamsbreaking.com will strive to bring these incidents and their underlying truths to its readers.

Without deviating from what its name suggests, Scamsbreaking.com, the investigative digital news portal, has undertaken the mission to bring forward exclusive, well-researched and trustworthy news from around the world. The news portal aims to prevent the spreading of misinformation and fake news. Intensive PR strategies design such a cover up that neither the truth about massive scams, nor the dissenting voices ever see the light of the day. This rising phenomenon of using PR strategies for image clean-up has damaging consequences. Thus, Scamsbreaking.com aspires to be the voice of the hushed.

Scamsbreaking.com dares to bring to light the lethal scams and come up with exclusive news, apart from launching a counter step against misinformation, often spread by people holding vested interests in devastating scams. Fabricated content, imposter content, manipulated content and other types of misinformation have the common ability to inflict rage in people, trigger perilous actions and cause unrest in the society. The act of publishing such information can no doubt be considered anti-social comprising of a clear motive to conceal the truth. These acts, if left  uncontrolled have the ability to seep through not just arteries and veins, but even capillaries that form a society. Spreading of fake news far and wide among the people can be as catastrophic to the society as it is when the human heart starts to pump impure blood instead of pure to every part of the body. If such a condition, left untreated can lead to the eventual death of the person, likewise, the publishing of false information can lead to the death of true journalism.

In today’s age where people believe everything they see on social media, how many of them do you reckon actually verify what is shown to them. With plenitude of information accessible with a click of a button and the ease of re-sharing posts with a single share button, people tend to overlook the true source of such information, which reminds us of what a double edged sword the internet can be.

Scamsbreaking.com is making active efforts to drive people away from mindlessly accessing and sharing misinformation that is being spread around like celebrity scoops.  To meet the demand for reliable information sources, Scamsbreaking.com, the portal developed and supported by Australia based IMC will bring forth news and access to the latest happenings from around the globe, with full responsibility. It is a venture that will awaken the conscience of the people to become aware of the information they share, to learn the truth about notorious scams and unlearn what was fed to them by way of tailor-made PR strategies.

The sole purpose of IMC to launch this news portal is to uncloak ghastly criminals blooming and operating vigorously under the backing of  powerful politicians, a sight that is common across the globe. Scamsbreaking.com has brought to light several cases that have uprooted the normal lives of innocent people that fell prey to campaigns designed to vilify them. Misinformation causes a distress among people and in some cases, has even led to people taking the law in their own hands.

Having created a one of a kind of convenience, the internet is no doubt a blessing. It has given people a platform to freely express themselves and their thoughts. With this boon, came the bane of serious threats like identity theft, that has destroyed lives of millions around the world. Scamsbreaking.com ensures proper utilization of easily accessible information in a way that is not detrimental to the society. Scamsbreaking.com’s unique initiative will act towards preventing the physical effect of hoaxes and scams arising out of easily available information on the internet.

Only after the information gathered by journalists passes through stringent review and analysis by experts, is this carefully scrutinized news hosted on the Scambsreaking.com’s portal. By broadcasting latest updates around the globe, Scamsbreaking.com shall strive to ensure that cartels, scammers and dangerous criminals are exposed and are brought to justice.  Scamsbreaking.com is geared up with robust in-built processes that will eliminate even slightest chances of mistakes, even if they are sourced from major media houses and put an end to the era of fake news and misinformation.

IMC follows a strict process and thorough research to make sure the news published by Scamsbreaking.com, a global platform that would publish news from around the world; is not only credible and but also authentic. To make that possible, all the substantive evidence and resources that are duly admissible in the court of law will be gathered. Scamsbreaking.com has multiple levels of filters to authenticate the gathered data, which will then be investigated in multiple rounds. Post this, Scamsbreaking.com will give a chance to the concerned parties to place their version of the story in view of maintaining transparency, equality, neutrality and fair play, before the news is hosted on the Scamsbreaking.com news portal. All this, so that you can read the truth.