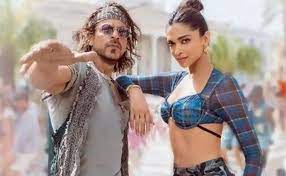 The Pathaan film appears to have been illegally released online a day before its release, despite a request by the producers to stop piracy. On Wednesday, Pathaan, starring Shah Rukh Khan, Deepika Padukone, and John Abraham, will be available in more than a hundred nations. With record-breaking advance sales selling more than 5 lakh seats on the first day, a strong start is anticipated. According to Times Now, the movie is already accessible on the websites Filmyzilla and Filmy4wap. The first website refers to its version as a “camrip,” whereas the second calls it a “pre-DVD rip.”

The makers of Pathaan, Yash Raj Films, have asked viewers to see the movie in theatres and have issued a warning against releasing video taken from the big screen. “Are you prepared for the biggest action show? Everyone is kindly asked to refrain from filming recordings, posting them online, and disseminating spoilers. only watch Pathaan in theatres “An email address for reporting infringement was provided by YRF in a tweet.

Shah Rukh Khan switches from love hero to action hero in Pathaan, his first leading role in four years since Zero. In the title role, SRK plays an agent who is sent from the wilderness to deal with a previously unheard-of terror danger. SRK collaborates with Deepika Padukone’s spy as Pathaan. They fight the terrorist commander Jim, played by John Abraham, together.