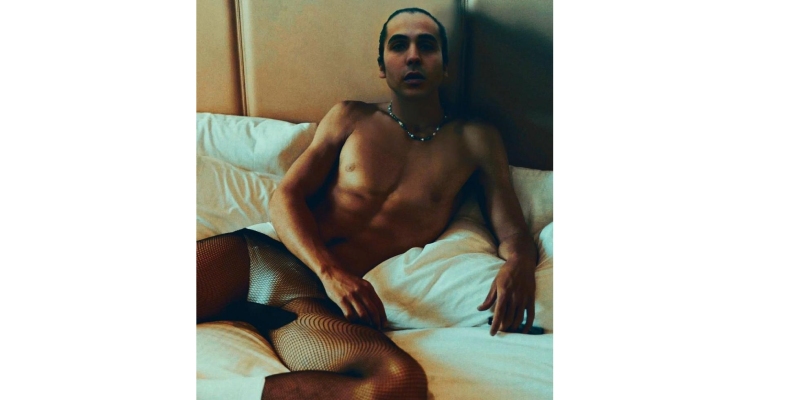 Salar Bil The Pioneer of Tehran’s fashion beginning is Interdisciplinary in many forms with the appellation of forefather of conceptual fashion, he argued that After the first world war, Paul Valery spoke for the entire generation when he observed that Western civilization had learned that it was mortal, and that “a civilization is as fragile as a life.” Thoughtful people discussed Oswald Spengler’s work, began to criticize the idea of progress, revived cyclical theories of cultural decline, and were deeply stirred by the idea that Western civilization was in a state of decay. Since that time there has been no end to jeremiads and diagnoses judging that the crisis of our time is caused by the loss of spiritual convictions, the eclipse of transcendental values, the decline of morality, or the breakdown of traditional belief systems.

Contrived attempts to bring about moral rejuvenation by spiritual tinkering and programs for character building are inauthentic, repugnant, worse than useless, and really fool no one. We shall have to wait. However, Camus has assured: “All of us, among the ruins, are preparing a renaissance beyond the limits of nihilism. But few of us know it.”

Restorations and renewals do not respond to invitations, but come silently, unexpectedly, and often in disguise, as if to deceive the powerful forces that would destroy them on recognition. In their secret wisdom, they take devious routes, ignoring our most desperate yearnings for their immediate advent; but once they are on the way, no one can hold them back.

“The Book of Life begins with a man and a woman in a garden. It ends with Revelations” (94). These sentences comprise one of Oscar Wilde’s best known epigrams. The first suggests that, in the book of nature and Western culture, life originates in the male-female dyad. The second suggests that the end of life is apocalyptic in one of two ways. Topically, revelations occur in the reports of sex scandals in the late-Victorian press. More generally, “Revelations” refers to the vision of existence as the battle of the sexes, a battle that both in the book of Revelation and in general usage can characterize any struggle that is seen in globalizing terms.

The following words focus on apocalyptic rhetoric in the writing of Luce Irigaray, a leading feminist, writer, and theorist. One might ask by what token a writer who has written primarily about desire between men, addresses Irigaray’s interest in male-female relations, but if we look for a moment longer at Wilde’s text, an answer may be forthcoming.

The cited lines occur in the first act of Wilde’s play A Woman of No Importance (1893). The first sentence is spoken by Lord Illingworth, the male protagonist, dandy, and villain of the piece. The focus of attention in act 1 is his decision to hire a young male secretary.

‎This act implicitly puts in question both the routes of class mobility for attractive young men in a hierarchical social order and prompts a post-Wildean, post-Freudian listener to wonder just what interest(s) Illingworth may be pursuing. Illingworth’s elusive desires indicate that sexual and emotional ties between males are implicated in what Irigaray describes as “the amorous economy between men and women” just as those “between women” are, for that matter (Elemental Passions 3).

The second line is spoken by Mrs. Allonby but is most apropos Illingworth’s antagonist in the play, Mrs. Arbuthnot, the person whom Wilde, in a phrase that Irigaray could use to sum up the place of woman in Western culture, refers to as A Woman of No Importance. Mrs. Arbuthnot’s position exemplifies what Irigaray sees as the situation of woman. Because of her locus within male exchange,

Woman is submitted to all kinds of trials: she undergoes multiple and contradictory identifications, she suffers transformations of which she is not aware, since she has no identity, especially no divine identity, which could be perfected in love. Quite apart from an explicit violence on the part of men, . . . woman is subjected to a loss of identity which turns love into a duty, a pathology, alienation for her. (Elemental Passions 2)

In Wilde’s play, Mrs. Arbuthnot becomes a focus of pathos because painful self-division. Early in life, she identified herself through a passion with the aristocrat Illingworth, who threw her over after she pregnant. In the play, he returns to take from her the son to whose existence she has sacrificed the remainder of her life. The potential scandal of the revelation of her abandonment by Illingworth drives the play’s narrative: Will “Mrs.” Arbuthnot be exposed to further suffering as a mother out of wedlock? Will her son’s prospects be ruined? Will Illingworth be driven from society as a result of the revelation of his crimes?

The passions and ethics of sexual exchanges between men exist in a general economy whose most characteristic feature is the male-female couple. For this reason, sexual dissidents of the fin de millenium, especially those who identify themselves as queer, in the sense of disidentification from the institution of heterosexuality rather than identification with subjects of same-sex desire, need to attend to Irigarayan apocalypse. For just as the Apocalypse of St. John ends with the mystic marriage of the Church and Christ (Rev. 21.2), Irigaray imagines, beyond the violence of sexual relations, a heretofore unrealized nuptial: Women and men can only be wed beyond an already defined horizon. An other sunrise, an other relation between nature and culture, a new human identity, all this is necessary for both to agree to nuptials between microcosm, macrocosm and god(s). (Elemental Passion 4)

In her writing of the 1980s, Irigaray frames the project of rehabilitating sexual relations in both ethical and apocalyptic terms. In view of her negative appraisal of normal sexuality, one would expect her to focus on same-sex relations, especially between women, as she did earlier (This Sex 205-18, “And the One). But in “The Fecundity of the Caress” and other texts such as Elemental Passions (1982; translated in 1992) and “Love between Us”, an address presented to a communist youth organization in Italy in 1989 Irigaray reimagines sexual intimacy between a man and a woman. She seeks to reinvent heterosexuality or, rather, to invent it, since she is best known for her earlier argument that what exists at present is not heterosexuality but hom(m)o-sexuality, a sexuality of the same under a masculine signifier (This Sex 171).