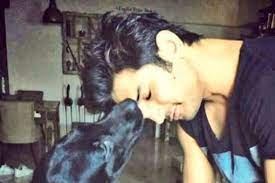 Fudge, Sushant Singh Rajput’s cherished dog, has died. In the early hours of Tuesday, Sushant’s sister Priyanka Singh posted the tragic news of his passing on Twitter. Sharing pictures of the pet dog with the late actor, Priyanka wrote, “So long Fudge! You joined your friend’s Heavenly territory… will follow soon! Till then… so heart broken (sic).”

The Chhichhore actor’s followers expressed their sympathies to the family on the thread. “Di, I’m so sorry. Sending you love.” For us, it is utterly heartbreaking. In heaven, they are now reunited. And I was aware that pets lose their owners’ companionship over time. Fudge, “Fan tweeted. “Di, words cannot express my devastation. This news once again shattered my heart into million pieces. Anyone/ Anything related to Sushant is very close to my heart. All I can say my Sona Di, stay strong though this loss is inconsolable. I’m speechless and heartbroken. Miss u Fudge” added another.

A few days before Sushant Singh Rajput’s birth anniversary, word of Fudge’s passing broke. On June 14, 2020, the actor passed away. At Mumbai, he was discovered dead in his apartment. His passing shook the country. His death was initially ruled a “suicide,” but the actor’s family suspected foul play. Before being forwarded to the Enforcement Directorate (ED), Narcotics Control Bureau (NCB), and Central Bureau of Investigation, the Mumbai Police looked into his death (CBI). Rhea Chakraborty, an actress and Sushant’s girlfriend, was detained and charged with obtaining illegal substances for SSR.