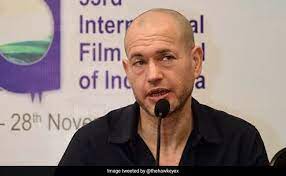 his nation who at the International Film Festival of India (IFFI) in Goa referred to the film “The Kashmir Files” as “propaganda” and “vulgar.” In a “open letter” sent on Twitter the day after jury chair Nadav Lapid criticised the movie at the festival’s closing ceremony, envoy Naor Gilon also expressed his regret to India.

The 1990 migration and murder of Kashmiri Pandits from the Kashmir Valley is the subject of Vivek Agnihotri’s film “The Kashmir Files.” Since it was released in March, it has been engulfed in controversy.

“An open letter in response to #NadavLapid’s criticism of the #KashmirFiles Because I wanted our Indian brothers and sisters to be able to comprehend, it isn’t in Hebrew. I’ll start with the conclusion since it is also quite lengthy. YOU ARE TO BE CONDEMNED. Why is it, “Lapid tweeted this morning.

The ambassador apologised to his guests, saying, “As a person, I feel humiliated and want to apologise to them for the poor manner in which we returned them for their generosity and friendship.”

The Kashmir Files “disturbed and startled” the jurors at the film festival, according to jury head Lapid’s statement from yesterday. That movie, he claimed, “felt to us like propaganda, vulgar, improper for an artistic competition division of such a prominent film festival.” The jury panel has disassociated itself from his comments, referring to them as his “personal opinion.”