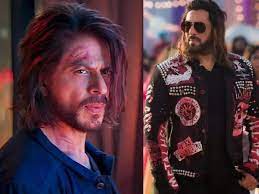 Salman Khan gave his fans an update on his next film Kisi Ka Bhai Kisi Ki Jaan on Monday in New Delhi. The movie’s teaser will soon be available on theatre screens. The actor uploaded a brand-new poster to Instagram along with the caption, “#KisiKaBhaiKisiKiJaan Teaser ab dekho bade parde par on 25th January… (Kisi Ka Bhai Kisi Ki Jaan teaser will debut on big screen on January 25.)” It appears that January 25 will be a big day for followers of Salman Khan as well as Shah Rukh Khan. The trailer will be shown during the showing of SRK’s movie Pathaan, which also stars Deepika Padukone and John Abraham and comes out on January 25. Salman Khan also makes a brief appearance in the film Pathaan.

Shehnaaz Gill and Palak Tiwari, the daughter of Shweta Tiwari, make their Bollywood debuts in Kisi Ka Bhai Kisi Ki Jaan. The film, which is being made by Salman Khan Films, will premiere on April 21, 2023, the day of Eid.