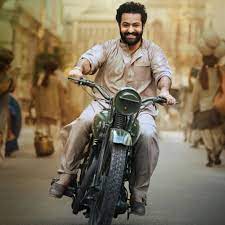 The movie RRR by SS Rajamouli created history last week when its song Naatu Naatu won a Golden Globe. The entire nation praised the stars Ram Charan and Jr. NTR as they all rejoiced over the triumph. But other people made fun of the latter for using a “fake accent” on the red carpet. The actor was communicating with the media when one of his videos featuring him talking about the movie went viral. His accent caught the attention of some online users, who criticised him for it. But he also had some of his peers in the business, as well as his followers. It appears that the actor has now made a veiled reference to the trolling.

The actor commented on the movie and director SS Rajamouli in an interview with the LA Times, saying, “I always thought this man was not destined to make solely films in Telugu or in India. He is one of those exceptional phenomenons whose movies can be seen all around the world. He has just gotten better with each movie. I feel that RRR was his plan of taking the West. What makes us very proud is that a small industry from South India, Tollywood, and one movie called RRR could open the gates to global cinema and bring us here.”

We are only separated by time zones and a small amount of accent, he said. Other than that, the procedure an actor goes through in the West and the East is identical.

RRR also won two accolades at the Critics’ Choice Awards. The group is currently aiming for the Oscars.