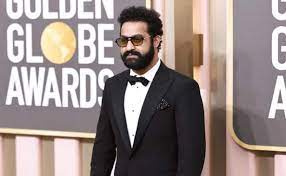 New Delhi: Jr. NTR’s comment on accents in an interview with the Los Angeles Times has garnered attention, much like the actor’s own accent on the Golden Globes red carpet. Speaking to the LA Times alongside his RRR co-star Ram Charan, Jr. NTR discussed the similarities and differences between acting in Hollywood and India. “Time zones and a slight difference in accents are the only things separating us. Other than that, the procedure an actor goes through in the West and the East is identical, he said. He was speaking about RRR director SS Rajamouli’s international potential. “I always felt this man was not destined to make only films in Telugu or in India.

On social media last week, people made fun of Jr. NTR’s Golden Globes red carpet interview. The actor joked that he was “waiting for the call” and expressed his desire to work on a Marvel project. He spoke with a hazy American accent, which social media quickly picked up on.