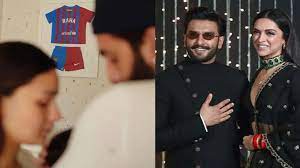 Fans of Alia Bhatt and Ranbir Kapoor will always remember November 24, 2022, as the day they revealed the name of their baby, “Raha.” For the Brahmastra actors, 2022 will undoubtedly be a memorable year because they both were married this year in April and recently welcomed a baby girl on November 6. In total, their movie Brahmastra earned more than Rs 400 crore worldwide, making it the highest-grossing movie of 2022.

The couple explained the meaning of their daughter’s name Raha on Instagram after announcing it. The name Raha (selected by her great and wise Dadi) has so many beautiful implications, she noted. In its purest form, “Raha” signifies “holy road”; “Joy” in Swahili; “rest, comfort, relief” in Bangla; and “peace,” which also implies happiness, liberation, and ecstasy in Arabic. (sic)

And true to her name, from the first second we held her, we felt it ALL, Alia continued. We are grateful to Raha for creating our family; it feels as though our lives are just getting started. (sic)”

Several members of the Kapoor family, including Neetu Kapoor, Soni Razdan, Shweta Bachchan Nanda, and Kareena Kapoor, responded to the couple’s decision to delete the post by sending heartfelt messages.

The following film Bhatt will appear in is Rocky Aur Rani Ki Prem Kahani, directed by Karan Johar and starring Ranveer Singh. Later, she will start filming for Farhan Akhtar’s Jee Le Zara, in which she will share the key parts with Priyanka Chopra and Katrina Kaif. In addition, Alia will make her Hollywood debut in the Netflix spy movie Heart of Stone, which also stars Gal Gadot and Jamie Dornan.