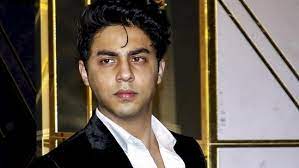 Aryan Khan, who aims to be a director, has declared that Red Chillies Entertainment, the production company run by Shah Rukh Khan and Gauri Khan, will be the home of his writing debut in a movie. Details can be found here.

Aryan Khan, the son of Shah Rukh Khan and Gauri Khan, made his highly anticipated Bollywood debut announcement on Tuesday. He confirmed that, in contrast to his sister Suhana Khan, who is breaking into the performing world, he will be donning the writer’s hat. He shared a sneak peek of the first screenplay for a movie that Shah Rukh and Gauri’s production company, Red Chillies Entertainment, is supporting.

In addition, he is now observed going to events and gatherings in Mumbai with his close pals, which frequently include Ananya Panday, Navya Naveli Nanda, Shanaya, and Suhana. Other than that, the 25-year-old keeps a low-key online and in real life presence.

Aryan Khan, who has always been a private person, made headlines last year after a squad from the Narcotics Control Bureau allegedly busted a drug party aboard a ship travelling to Goa in the middle of the ocean. Along with the other suspects in the case, Arbaaz Merchant and Munmun Dhamecha, Aryan was detained. Later, he was freed and given a clean bill of health.